Why I’m Not a Fan of Arabic Schools 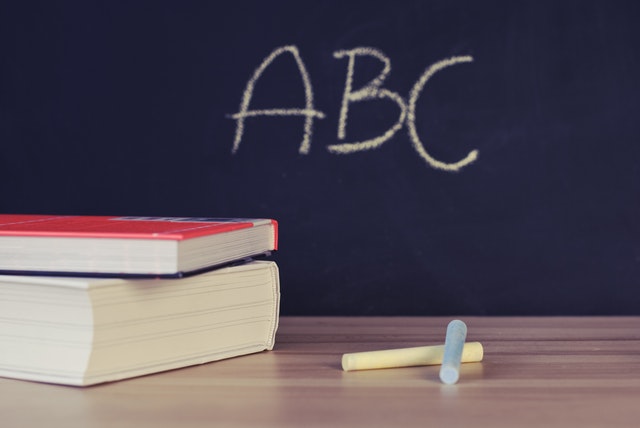 Why I'm not a fan of Arabic schools

Disclaimer: This article is based on my own personal experiences teaching young children and not intended to generalise all Arabic schools across the world. Also, I will do a part 2 offering suggestions, but if I did that here, it would end up being way too long and you’d never read it.

A few years ago, I found some language experts and put together an Arabic teacher training session. As someone who hated learning Arabic but was also teaching in an Arabic school I thought this would be a great opportunity to bring shared ideas together. The training day was all about creative methods of teaching Arabic. When lunchtime arrived we had just finished a session on digital storytelling; Getting non native students to plan and create and edit a video entirely in Arabic. Then we had a Q&A and one man stood up to ask a question:

“Personally I don’t see the need for this creativity in teaching. I have been teaching for many years, I even have a phD, and our curriculum has been working just fine for many years. This new creativity is just a waste of time.”

Like most other Muslims kids, I went to Arabic school growing up. I went to at least three. I went to Mosque everyday after school to learn to read Arabic, and then I went to school every Saturday to learn to actually speak Arabic. I hated it. And for all the years and money that went into my Arabic learning, I honestly didn’t come out with much.

Firstly I should clarify what is meant by an Arabic school. For this post, I’m referring specifically to schools on the weekend where children were made to do classes in Arabic and/or Islamic studies and Quran.

I went to Arabic school, I taught in Arabic schools, and I’ve tutored privately, and even though I don’t have children, if I did, I highly doubt that I would send them to an Arabic school. I think there are positive aspects to it, and I think that today, the effort and importance given to making sure children enjoy learning Arabic and Islam is amazing. We’ve come a long way from the days where discipline and repetition were the established teaching methods. Within the homeschooling community especially, there is an amazing amount of work being done to create engaging and interactive tools for learning Arabic.

However, having said that,there is still a problem in Arabic schools and Arabic learning in general. I’ve met people who will have gone to Arabic school for years, even more than a decade, and they won’t know much beyond the basics.

If Arabic learning was as effective as people say it is, then why do we have an incredibly large population of Muslims who don’t have access to the Qur’an in its original language? Obviously this is something that has many factors to it, and isn’t simply down to Arabic schools. The reason I’m talking about Arabic schools in particular is because for all the time and money invested in it, the results are disproportionate (unless they’re already Arab with a parent who speaks to them in Arabic).

One of the key things that I felt was missing in my Arabic learning was inspiring an appreciation and love for it. When I was growing up the two key methods for teaching were repetition and discipline with no afterthought or regard for the knock on consequence that it had on my relationship with Islam. I think there was a lack of understanding as to how detrimental compromising on the quality of Arabic/Islamic education can be for a young Muslim’s faith.

If the only consequence of Arabic schools was that young Muslims weren’t learning much Arabic then it wouldn’t be as big of a big deal. But on top of this, Arabic students are developing a negative outlook on Islam at the same time. (Not everyone, but enough people)

I think Arabic schools have benefits to them, however here are the reasons why I personally am not a big fan of them.

1. Classes are organized by numbers instead of ability

Because Arabic/Islamic education is secondary to primary school education and usually around 2-3 hours a week, a lot of it is affected by how much effort parents put in. So just because 2 kids are the same age, one could be a lot more advanced than the other and yet they’re put in the same class. I remember teaching Qur’an, and one child would be on Surah Al Qariah, and another would barely have memorized Surah Al Fatiha. That same child would come in week after week, never learning past Surah Al Fatiha, but the other child would keep going.

And even where there was an effort made to group children by ability, it was undermining for some.

I remember teaching a nursery class which had students between the ages of 3-5, but one day a 9 year old kid was put in my class because he didn’t know the short surahs. To be in a class with the “babies” was undermining for him, but it was seen as the most appropriate solution.

Different people pick things up at different speeds, but when they’re all stuck in a class together learning teachers have 2 options. Leave children behind, or allow the advanced children to become bored. But often Arabic schools don’t have the resources to be able to accommodate different learning speeds, especially where the fees are cheap.

The assumption that one hour a week of Arabic or Quran on a Saturday is sufficient for a child with no revision in between is so wrong. A lot of these children learn fast, but then they forget even faster. It didn’t matter how many holiday packs I prepared or how many times I spoke to parents, some literally did absolutely nothing outside of school to help their children.

I once prepared an entire holiday pack that gave parents everything they needed to help their children with their learning. I didn’t want any of the kids to forget what they had learnt. The pack included laminated flashcards, play dough, a progress chart, stickers, and clear instructions on what children needed to do. Out of a class of 14, 4 students actually did their homework.

With this diverse mix of parents, it means that some children make little or no progress, whilst others excel, and when they’re all in the same class, teaching becomes difficult.

Some schools try to offset this by separating classes into groups, or by having teaching assistants take certain students out to teach them independently, but this is not always possible. I think schools do need to hold parents more accountable for being invested in their children’s learning, but that’s easier said than done.

I once did a survey to get people’s experiences of learning Arabic and one guy in particular said that Arabic schools needed to “Stop hiring any and every Umm Ahmed to be a teacher.” No offence to all the Umm Ahmeds out there.

Most teachers that I have seen fall into one of four categories:

1. The teacher who cannot speak English but was hired because she’s Arab. The assumption is that of course if you speak a language then you obviously know how to teach it regardless of whether or not you’re qualified.
2. The college/university student who can be hired cheaply to be a teaching assistant. They’re usually there for the extra cash, but also because they do like children. (This was me)
3. The well intentioned teacher who speaks both Arabic and English well, but isn’t necessarily a good teacher, or creative in how they teach.
4. The qualified teacher who knows what they’re doing.

We’ve come a long long way from the days where teachers thought it was acceptable to hit students (although this still does happen) but I’ve found that there’s a lot more creativity in the homeschooling community than in Arabic schools. There seems to be a much more conscious effort in creating a meaningful learning experience. Teaching should inspire a desire to learn. It should be inspire curiosity, thinking, exploring and independence. However sometimes Arabic schools have long hours, and limited resources and so the focus is how to fill up that time instead of delivering effective teaching.

When I first started teaching at Arabic school, I struggled a lot. I fell into the category of university student who wanted to make some extra money and I found myself trying to fill time instead of focusing on actually teaching. One of the reasons for this however was because the timetable in the school I was at was just very unrealistic.

I remember at one particular school, the timetable prescribed 70 minutes of Qur’an in the morning and just thinking about it would stress me out. Have you ever tried to make 4 year olds sit still for 70 minutes repeating Qur’an?

I will be the first to say that entertaining children is hard. Keeping them occupied is hard. It is incredibly easy to just keep a child satisfied with endless videos. Part of effective teaching is taking into account how long a student can realistically focus before they become bored and restless and building lessons around that.

4. There is no standard curriculum

In many Arabic schools, there is a teacher who decides to create an entire curriculum and then designs their individual textbooks. I’ve met a lot of individuals who proudly showed me their books and materials and told me they designed it themselves. I’m not sure how many of these people have studied linguistics, or how diverse their experiences are in teaching, but their curriculum isnn’t questioned.

No one asks whether or not they’re effective. No one assesses the progress that students make as a result of the curriculum that they’re using. No one checks how often it is updated. It’s often a person’s well intentioned idea of the necessary building blocks to understand Arabic, however with no standardized curriculum across supplementary schools beyond Arabic GCSE, it is difficult to actually determine how effective a curriculum is.

Non Arabs won’t question it since they don’t speak Arabic and assume by default that this curriculum must be effective, and Arabs take comfort in knowing that they can teach their own child Arabic at home, and that the school is just supplementary.

How do we as a community assess competence in the Arabic language?

I taught a nursery class that had children aged 3-6. I was asked to talk to them about the story of Ibrahim AS and to this day, I cringe a little. Have you ever tried to explain to a 4 year old that Ibrahim AS was asked by Allah to sacrifice his son, and then when he was getting ready to slaughter him, Allah revealed that it was test and so Ibrahim AS sacrificed a sheep instead?

I’m not saying that children don’t need to learn the stories of the prophets but if a child is too young to appreciate the significance of the lessons behind a story then there are other things to talk about.

Islamic studies should be taught in a way that teaches good akhlaq and inspires pride in the faith, but this should be according to what is age appropriate.