Remember no cheating. If you cheat, you’re only cheating yourself. Allah is watching.

Q1: Who said the following dua 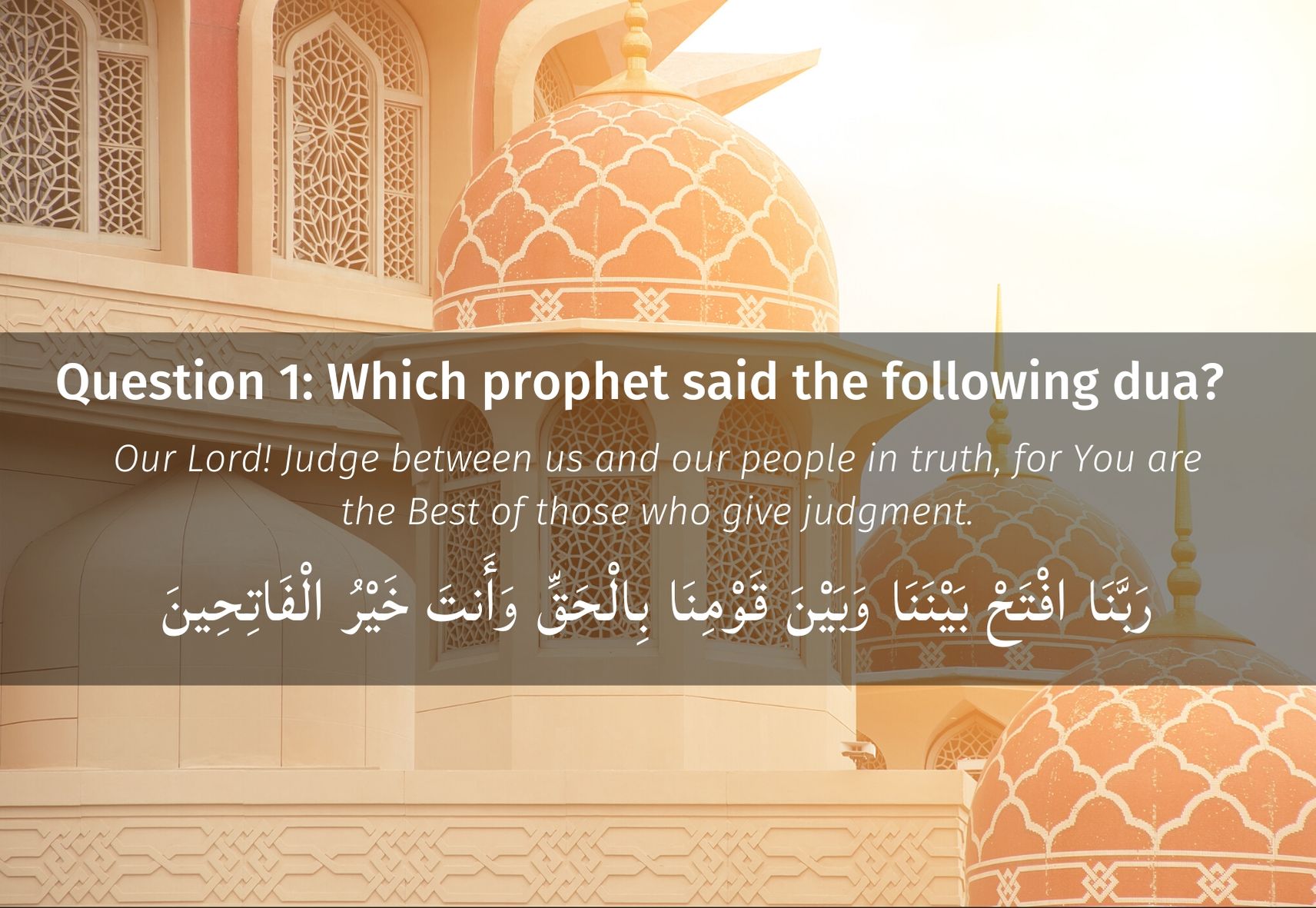 Who taught Qabil how to bury his brother? 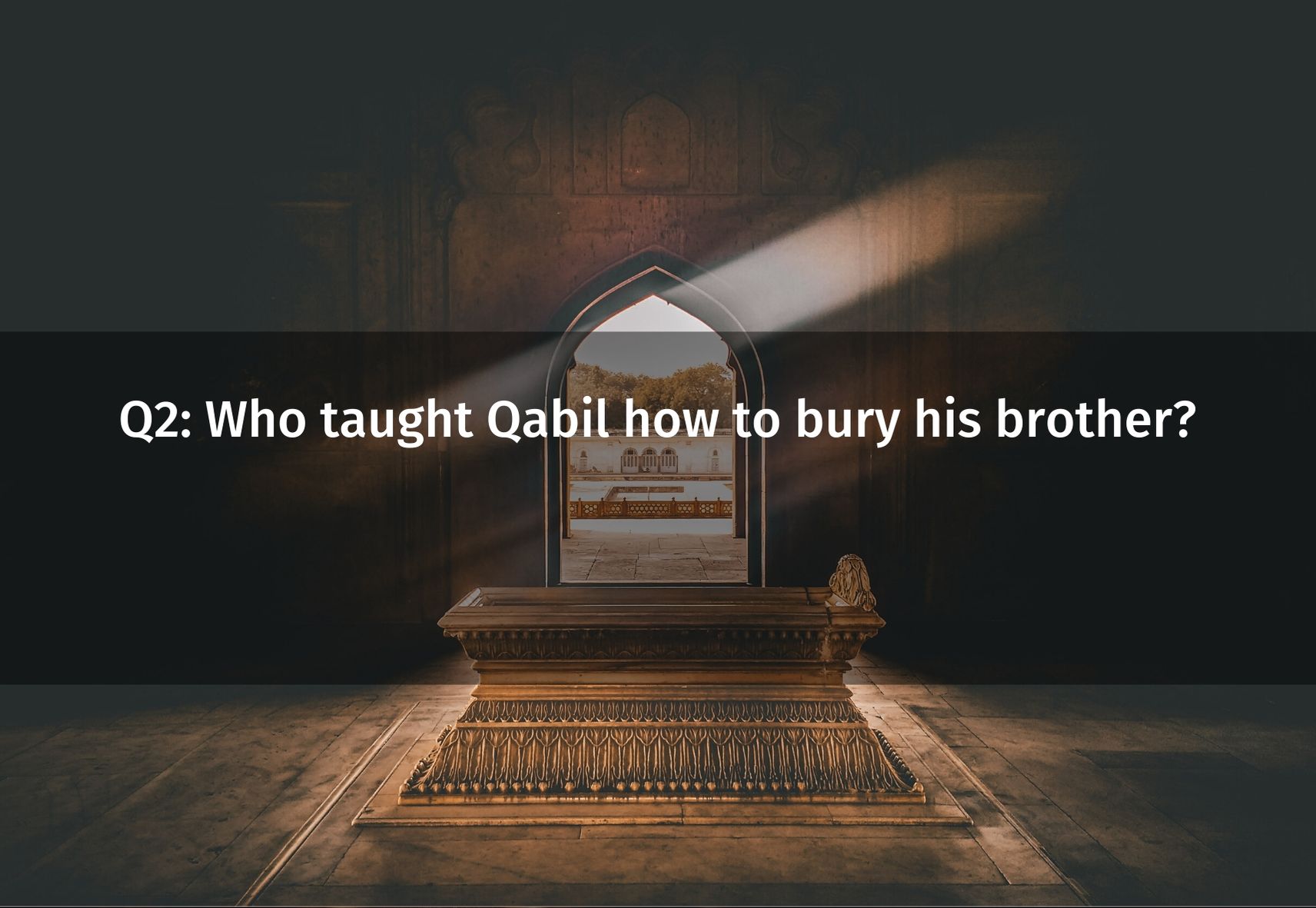 Q3: Complete the missing name from this ayah: 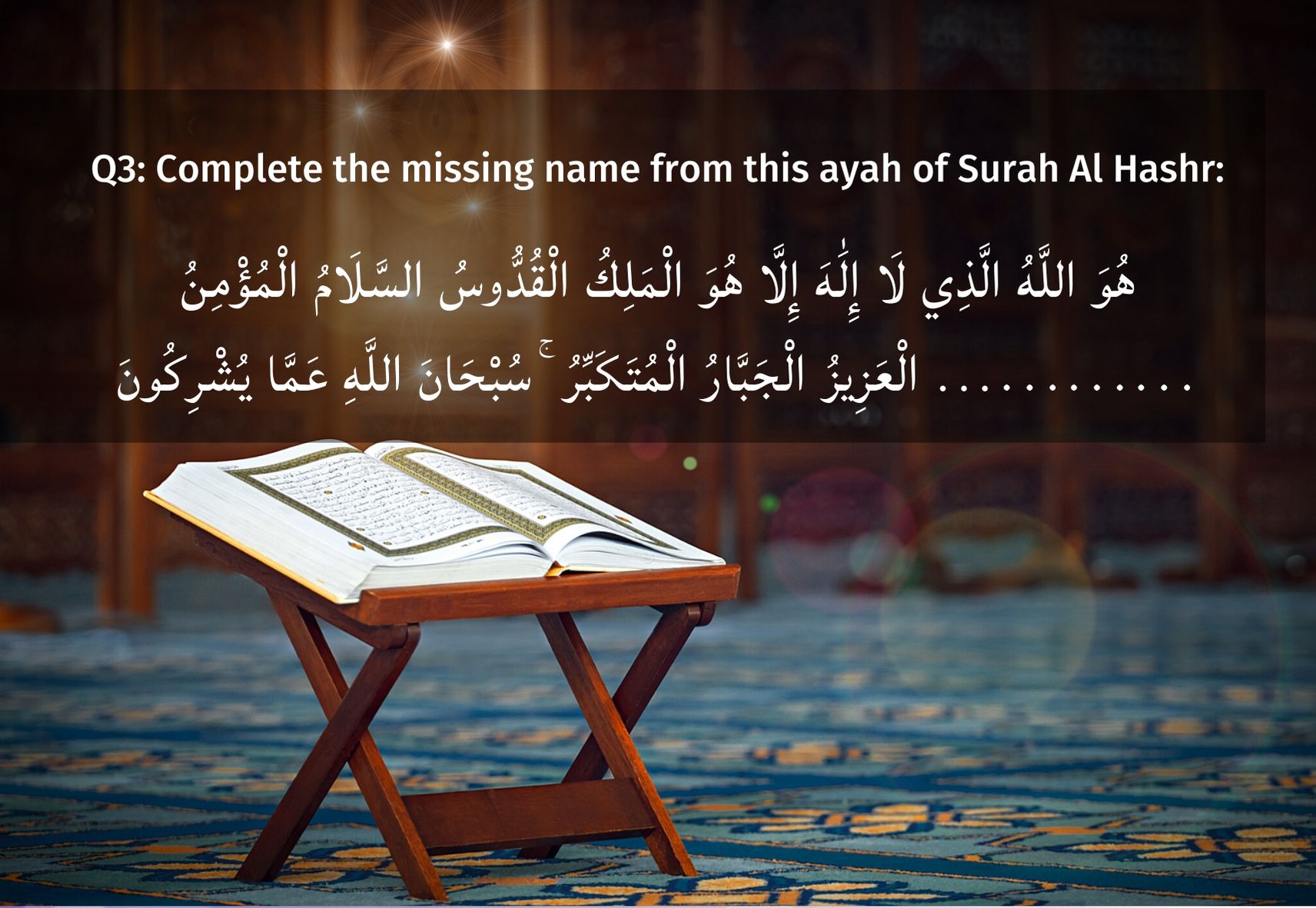 What was the name of the servant of Aamina who then served the prophet pbuh? 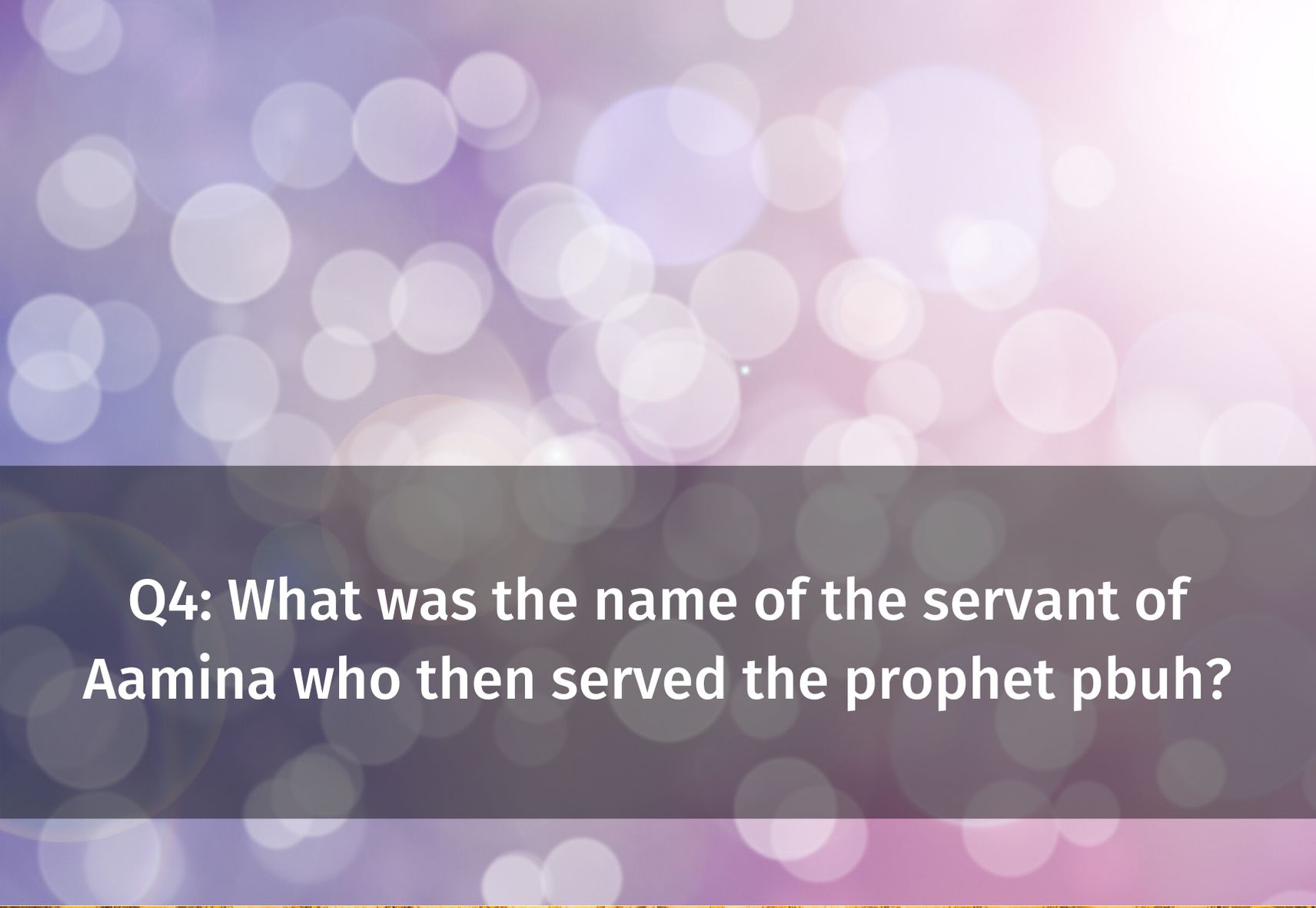 What was the name of the people who blocked off the zamzam water in Makkah when they were kicked out? 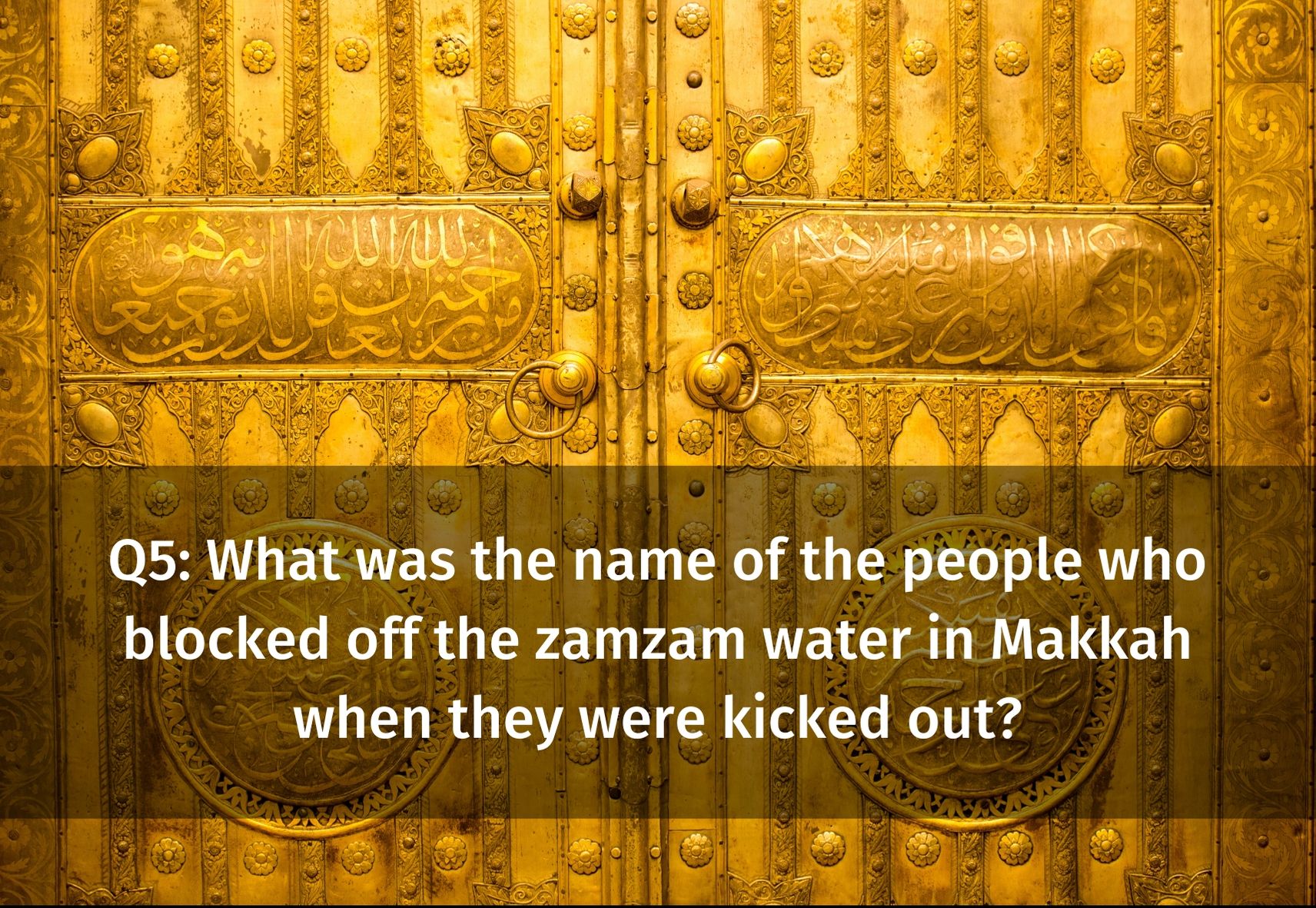 In which surah is the famous ayah “If you are grateful, I will increase you.”? 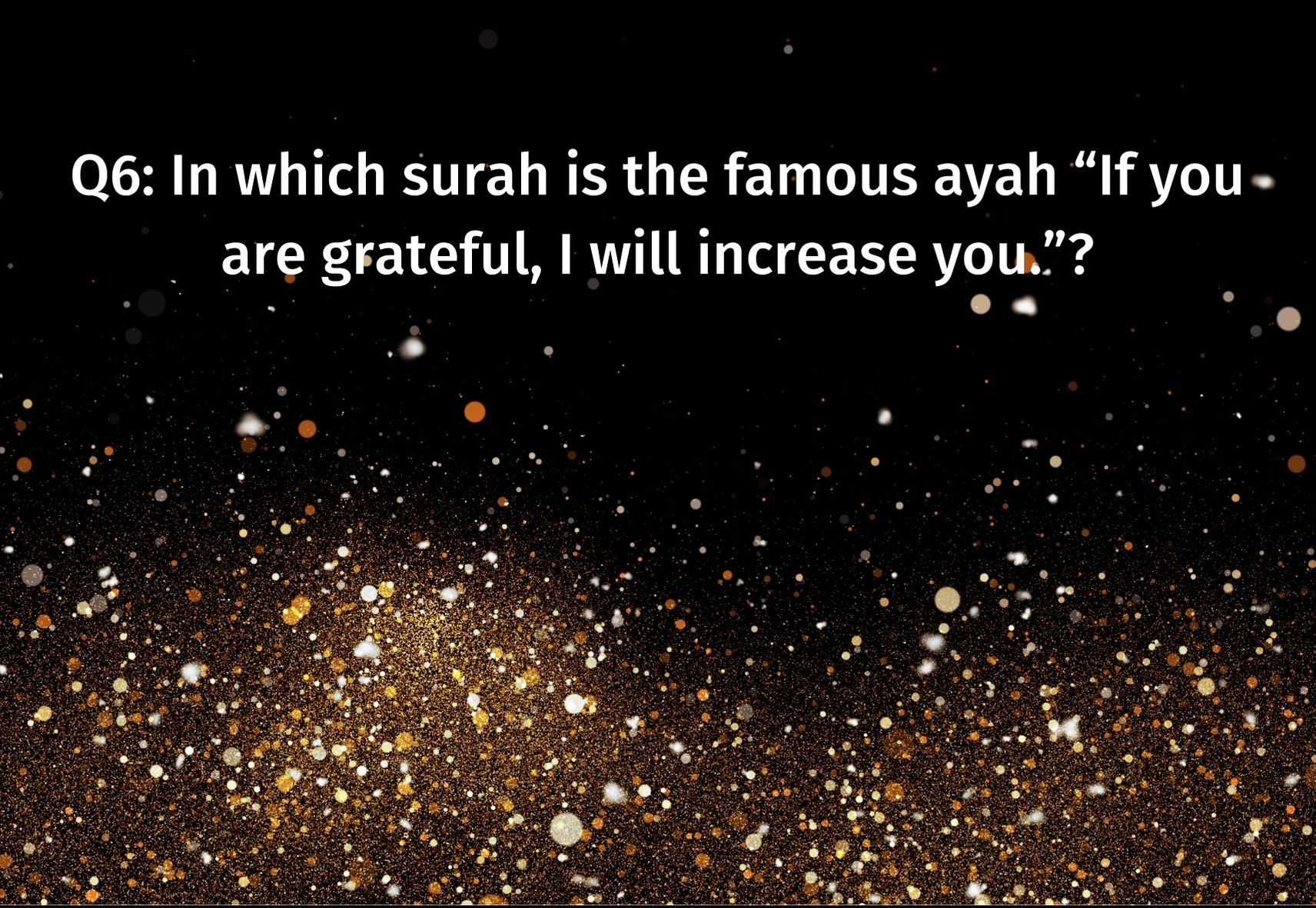 Which one of the following prophets does not have a Surah named after him? 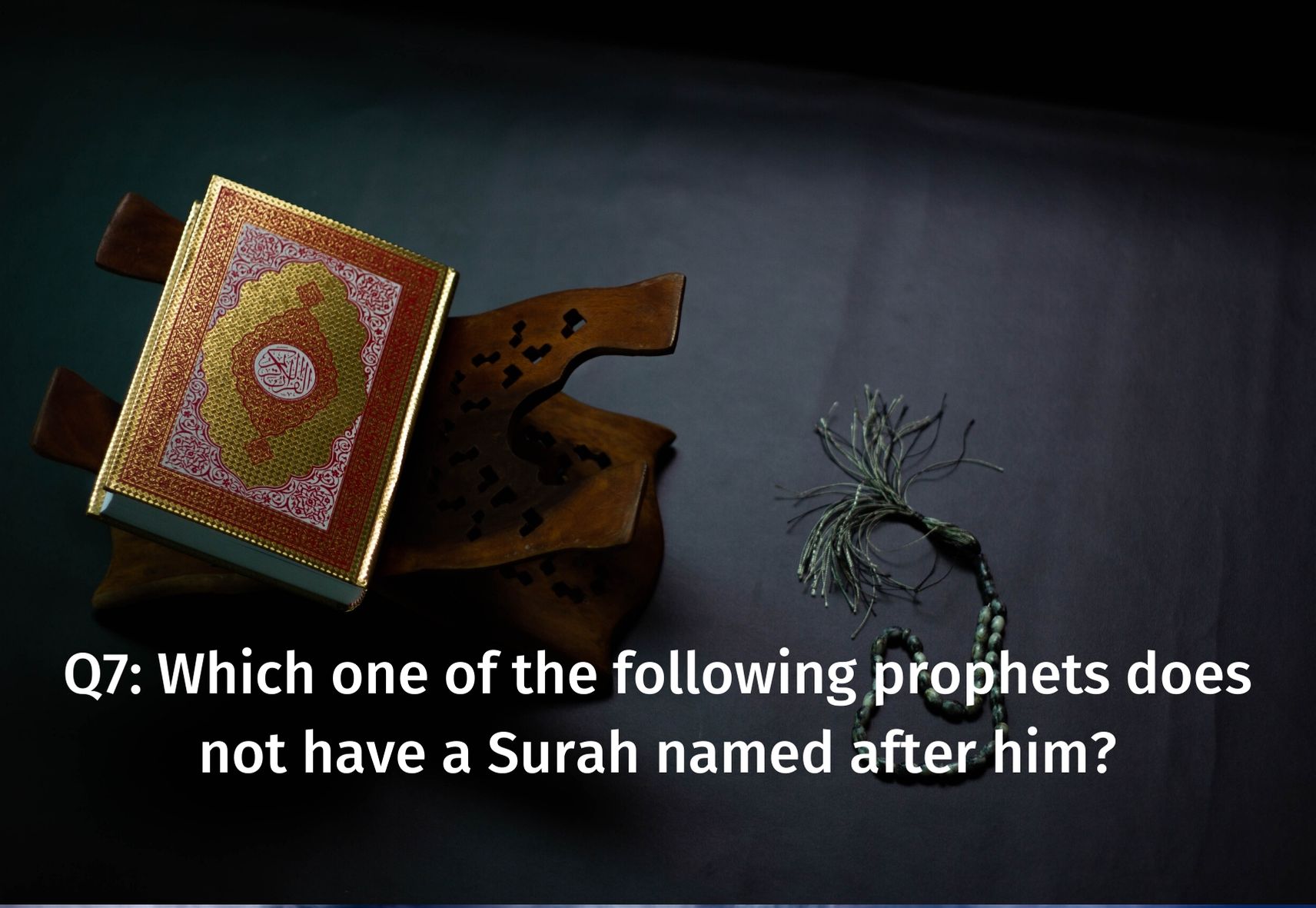 What is the name of the great great grandfather of the prophet pbuh? 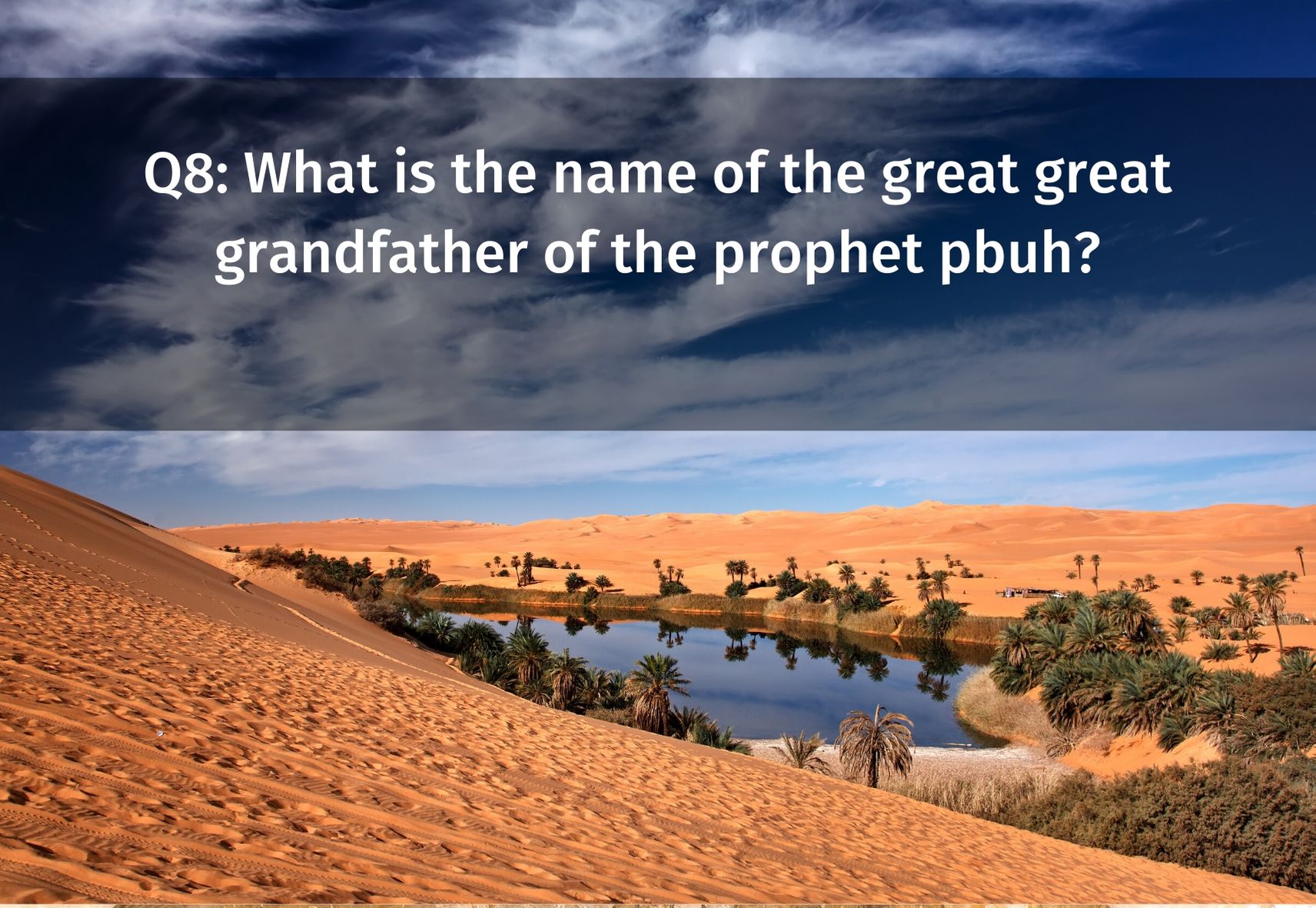 Q9: There is an ayah that appears twice in the Quran that says " Except for an old woman who stayed behind." Who is the woman? 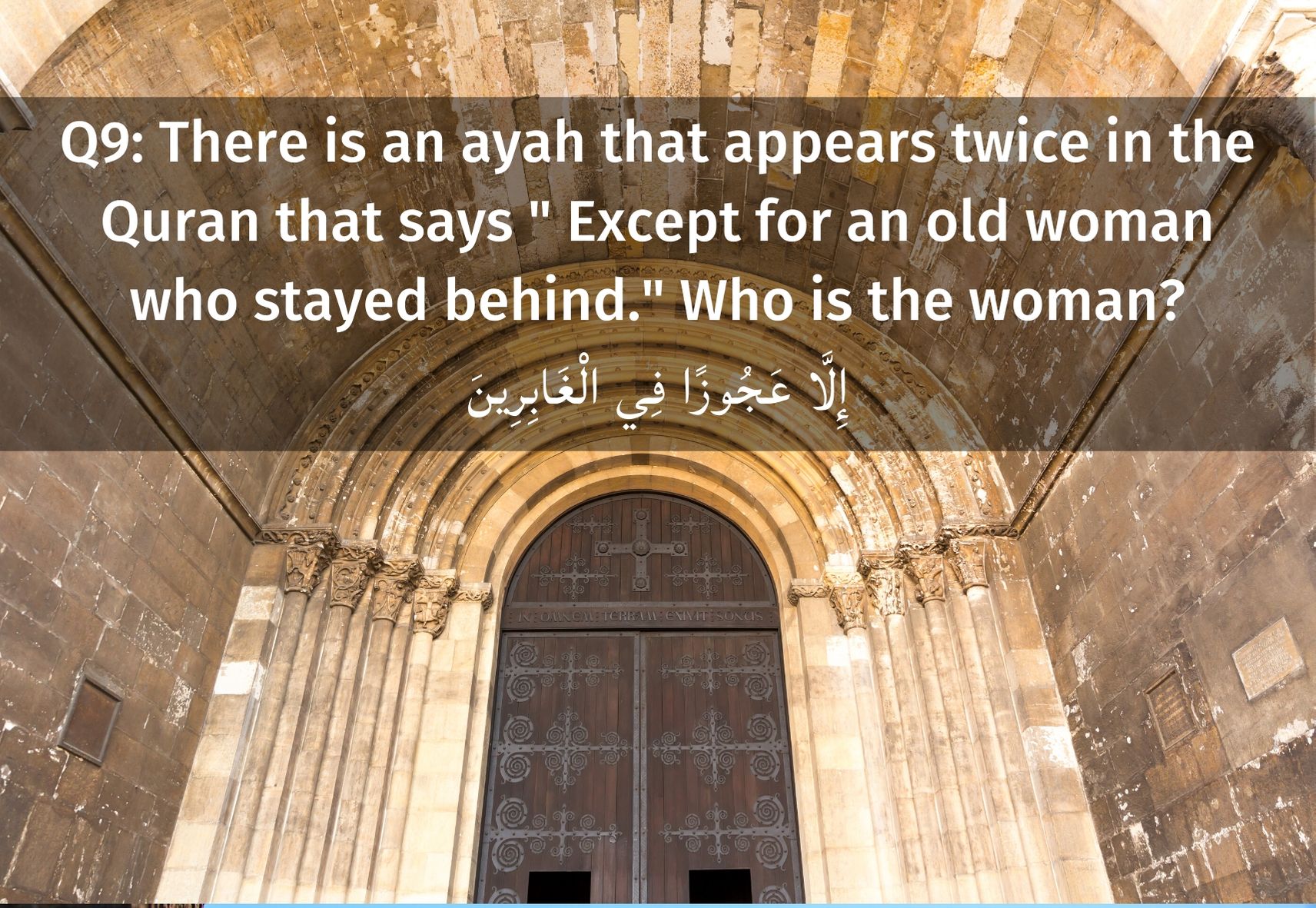 How many sons dug up zamzam with AbdulMuttalib? 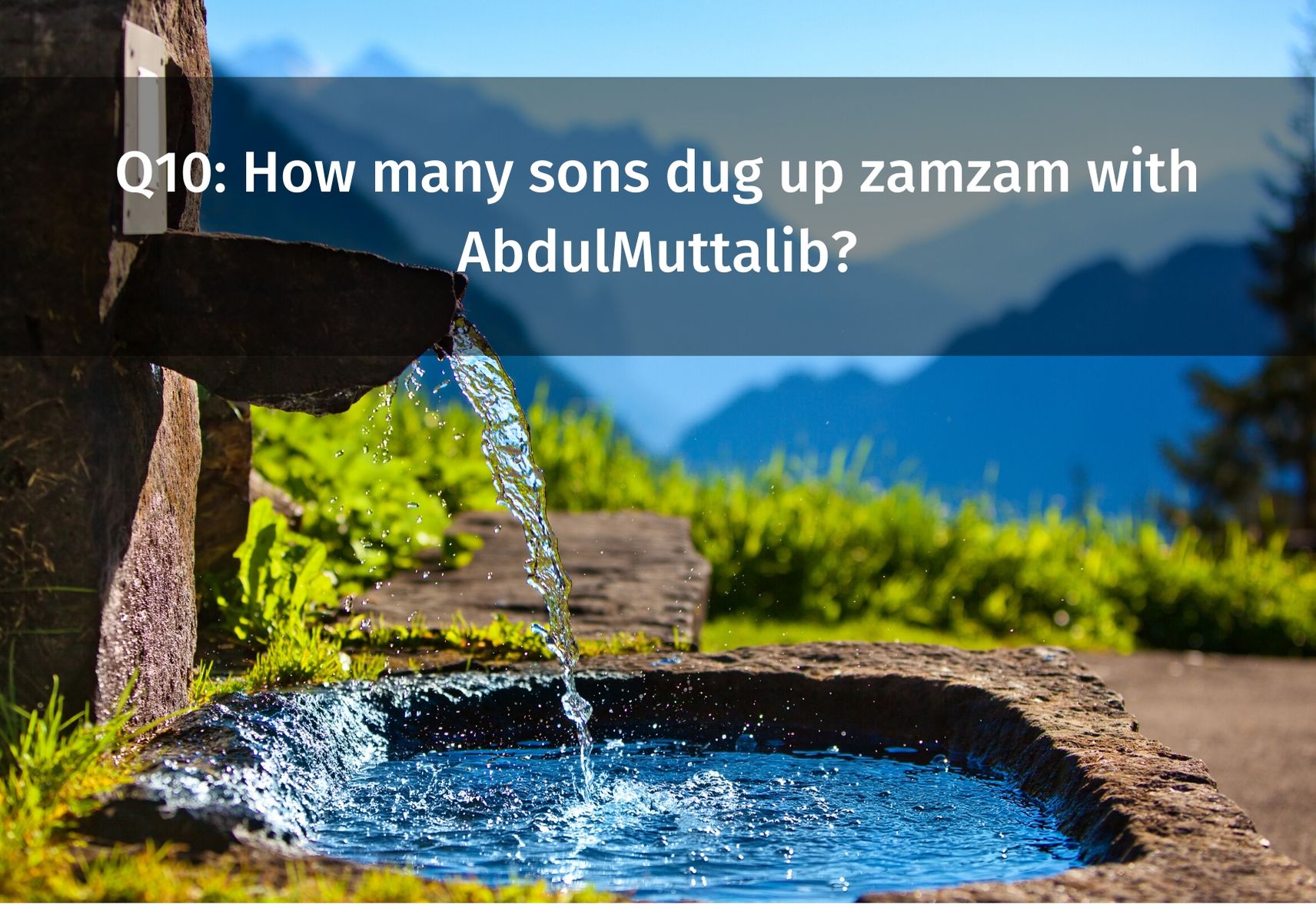 Which country has the burning fire pit? 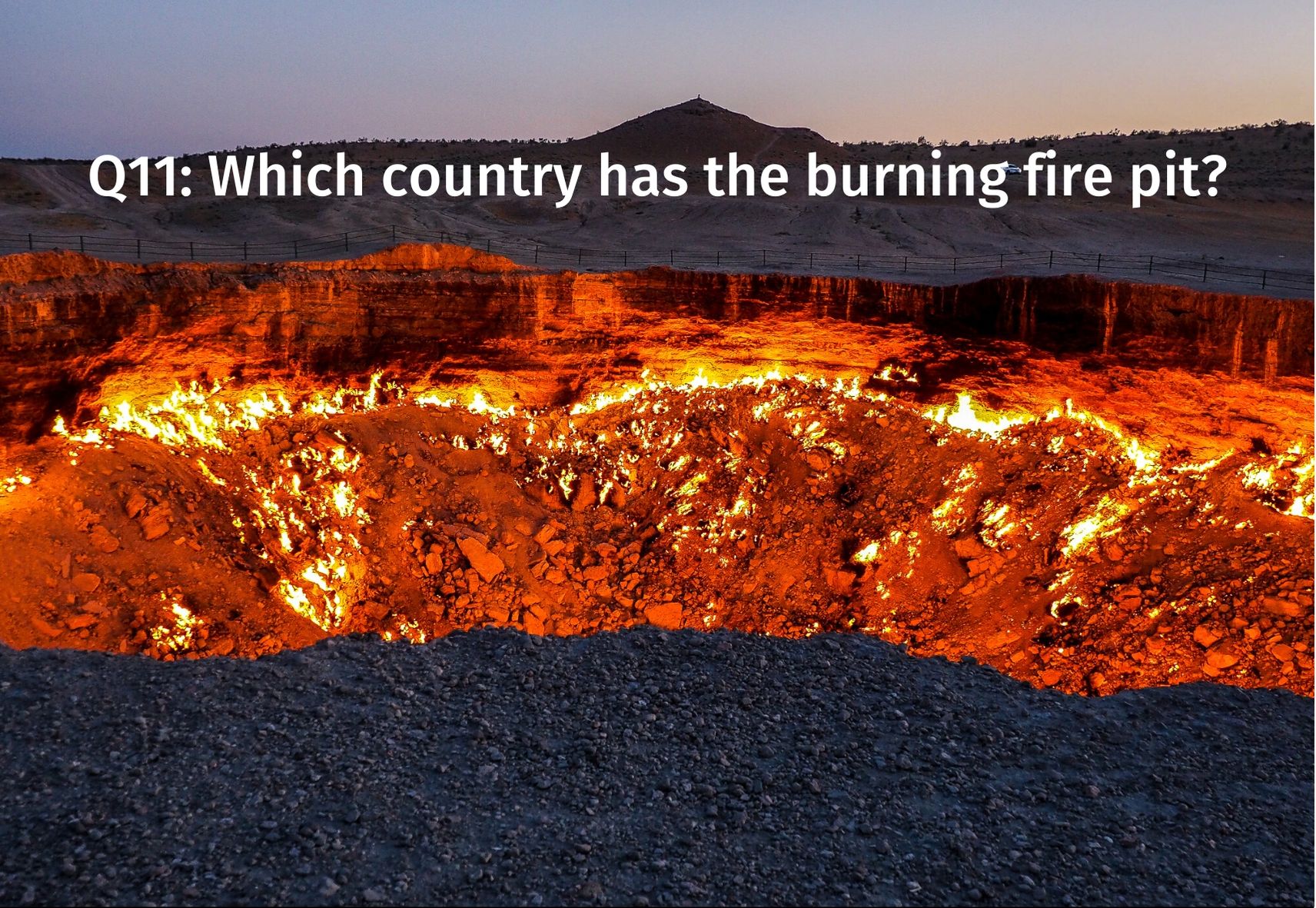 There are only 3 cakes that I bake, and I bake them well. Which one of these is not one of those cakes? 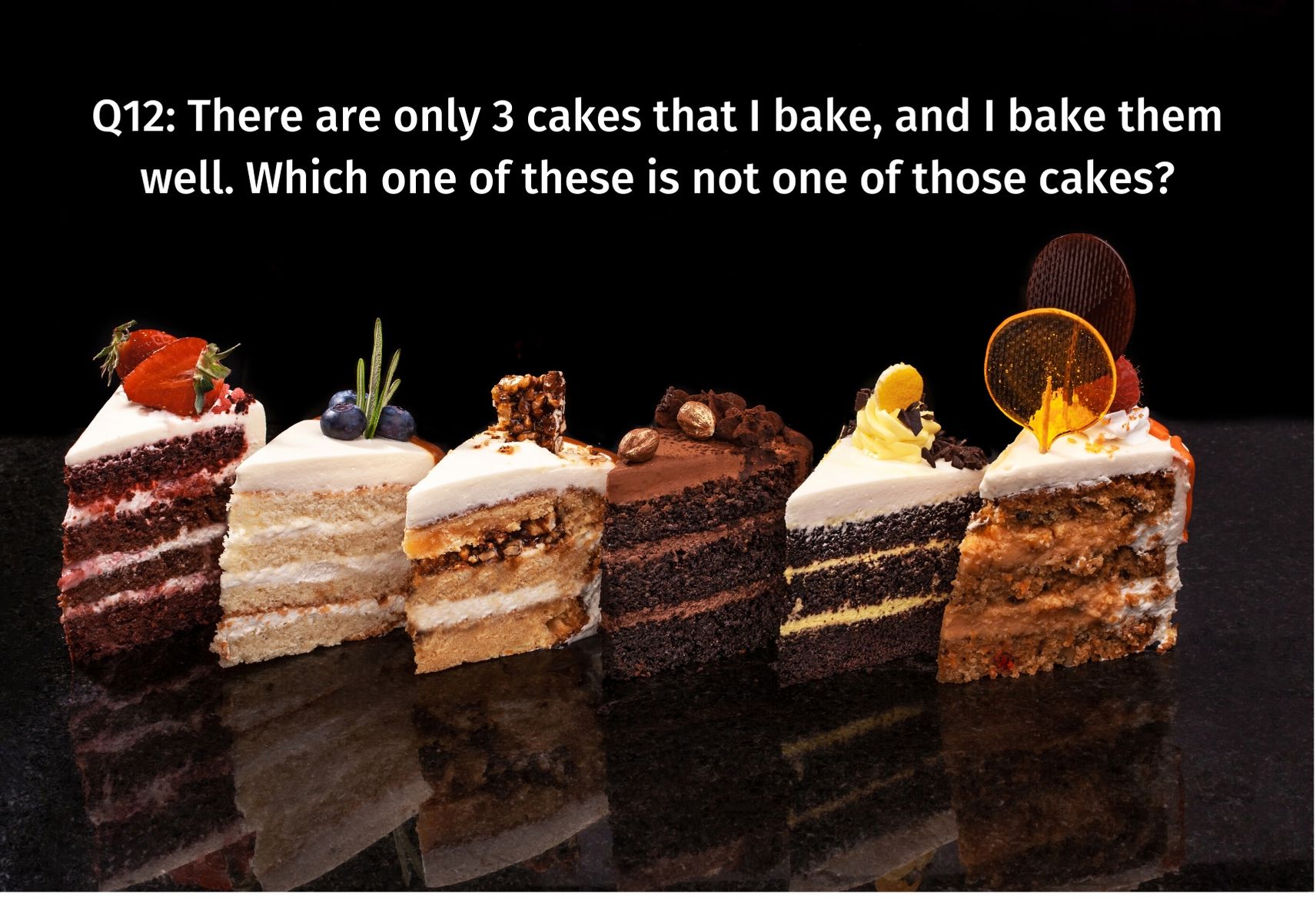